What is the Honda Crossroad?

Launched in 2007, it is one of Honda’s bids for a piece of the lucrative ‘crossover vehicle’ pie.  What is a crossover vehicle?  Something attempting to combine the benefits of a car and a 4WD vehicle, whilst avoiding the downsides.

The Honda Crossroad was never officially sold in the UK, but is available to imort from Japan.  The HR-V and CR-V are Honda’s two crossover options available on the UK market.  This has many similar features to the latest versions of these cars but in a smaller and better looking (in my opinion) package.

History of the Honda Crossroad name

If you’re a Land Rover afficionado, you might know the Honda Crossroad as something quite different. In 1979 Honda and British Leyland embarked on a joint business venture.  It was intended to be mutually beneficial for car development and sales in foreign markets. During this venture, Honda acquired the rights to the mark 1 Land Rover Discovery.  They tried to sell it rebadged as a Honda CrossRoad. This didn’t work: somewhat embarrassing for Honda as the same car with the Land Rover badge did rather well. 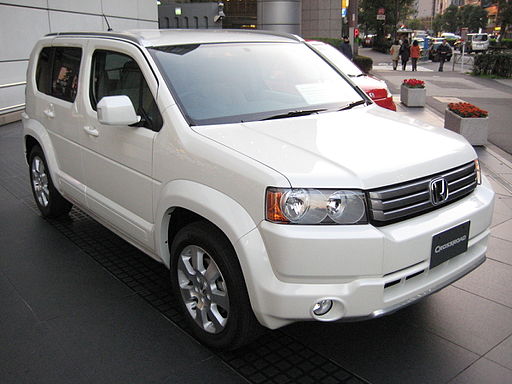 About the Honda Crossroad

The Honda Crossroad has 7 seats in 3 rows.  Both middle and rear seats can be folded flat to produce a large load carrying area.

The Honda Crossroad is available in 2WD or 4WD versions.  The 4WD version runs as front wheel drive when conditions are good, and switches to 4WD if the front wheels are losing grip.  All models come with a 5 speed automatic gearbox.

There are 2 engine choices.  Both are 4 cyliner 16 valve units:

There isn’t a diesel option, as with the majority of cars imported from Japan.  I’ve previously posted about the lack of diesel cars available to import from Japan.

Honda claim 13.8 km/litre for the 2WD 1.8 model.  This equates to 38.6 mpg.  Unfortunately I don’t have any real world fuel consumption information to share about the 2.0 litre engine/4WD combination.  I’d estimate something around 30 mpg.  I’d be interested to hear from you with more accurate figures if you own one of these cars. 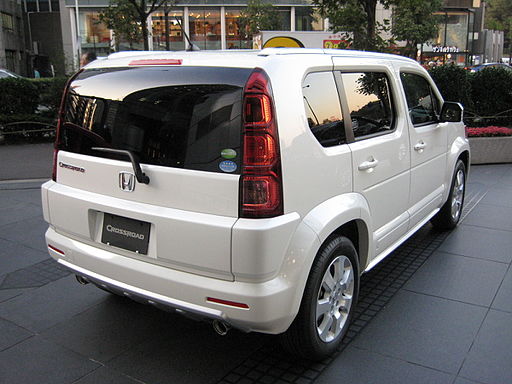 I love the look of the Nissan Cubic.  So did my neighbours…and most other people, judging by the number of people who […]